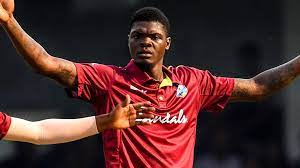 Geelong: Netherlands are in prime position to clinch a Super 12 berth from Group A in the ICC T20 World Cup after they defeated Namibia by five wickets with their top order playing a crucial role in the chase of a modest 121/6 here on Tuesday.

Following their second successive victory — the Dutch had beaten UAE by three wickets in their opening Group encounter — Netherlands have leapt to the top of the group.

It came down to the final over with the Netherlands needing six runs to win, and veteran all-rounder Bas de Leede held his nerve to ensure he did enough to clinch the Player-of-the-Match award by guiding his side home with three balls remaining.

The opening duo Vikramjit Singh (39) and Max O’Dowd (35) got the Netherlands off to a good start and the winning target was always within reach, with de Leede’s unbeaten 30 enough to overcome a late wobble.

Jan Frylinck (43) may have top-scored for Namibia, but the left-hander consumed plenty of deliveries during the middle overs as the Netherlands’ bowlers set the rules.
David Wiese (11 not out) and JJ Smit (5 not out), two of Namibia’s most aggressive batters, could enjoy just a brief time in the middle right at the death of the innings. The duo took 12 from Timm van der Gugten’s final over to put a bit of decency in their score, but it proved too little too late as the Netherlands proved too strong.

Despite the loss, Gerhard Erasmus’ Namibia are still in the mix to make it to Super 12 if they can win their final match on Thursday against the UAE.

Ram Sahoo is our creative Content Writer in entertainment and sports. He has experience in digital marketing from 5+ years. Ram Sahoo is also a young and dynamic entrepreneur, sports writer. His Facebook id is https://www.facebook.com/rc.sahoo.9
Previous Liverpool lost to the Italian club Napoli
Next T20 World Cup: Will weather play spoilsport in IND VS PAK match?