Karthik, a former chess player, became the only fifth man in history after Brett Lee, Curtis Campher, Wanindu Hasaranga and Kagiso Rabada to take a hat trick in a T20 World Cup 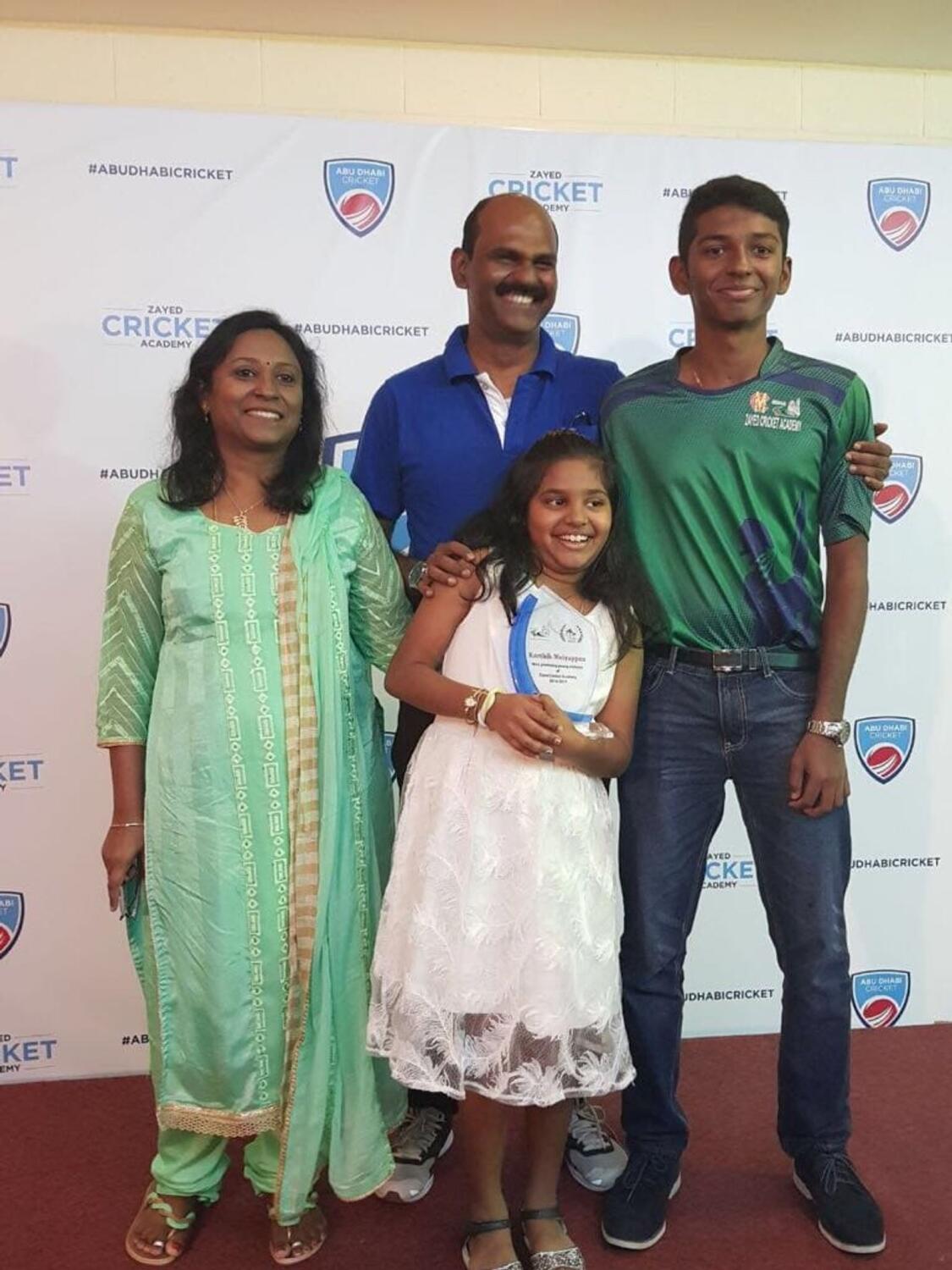 Selvi Subbiah has been blessed with a remarkable trait: she is never swept up in a mood of exaltation even when her son performs a miracle in a game of cricket.

On Tuesday afternoon, Subbiah was in front of her television set at home, watching her son, UAE’s 22-year-old leg-spinner Karthik Meiyappan, bowl three magical deliveries against Sri Lanka, earning the first-ever hat trick for this country in a cricket World Cup.

Karthik also had become the only fifth man in history after Brett Lee, Curtis Campher, Wanindu Hasaranga and Kagiso Rabada to take a hat trick in a T20 World Cup.

For a youngster who just could not take his eyes off Virat Kohli and Ab de Villiers at the breakfast table after being picked by the RCB as a net bowler for the 2020 IPL, Karthik had just delivered the most astonishing performance of the ongoing ICC T20 World Cup in Australia.

He dismissed Bhanuka Rajapaksa, Charith Asalanka and skipper Dasun Shanaka – three of the best players produced by the reigning Asian champions Sri Lanka in recent years – in three successive deliveries bowled with varying styles, sending the television commentators and twitteritis into a state of frenzy. 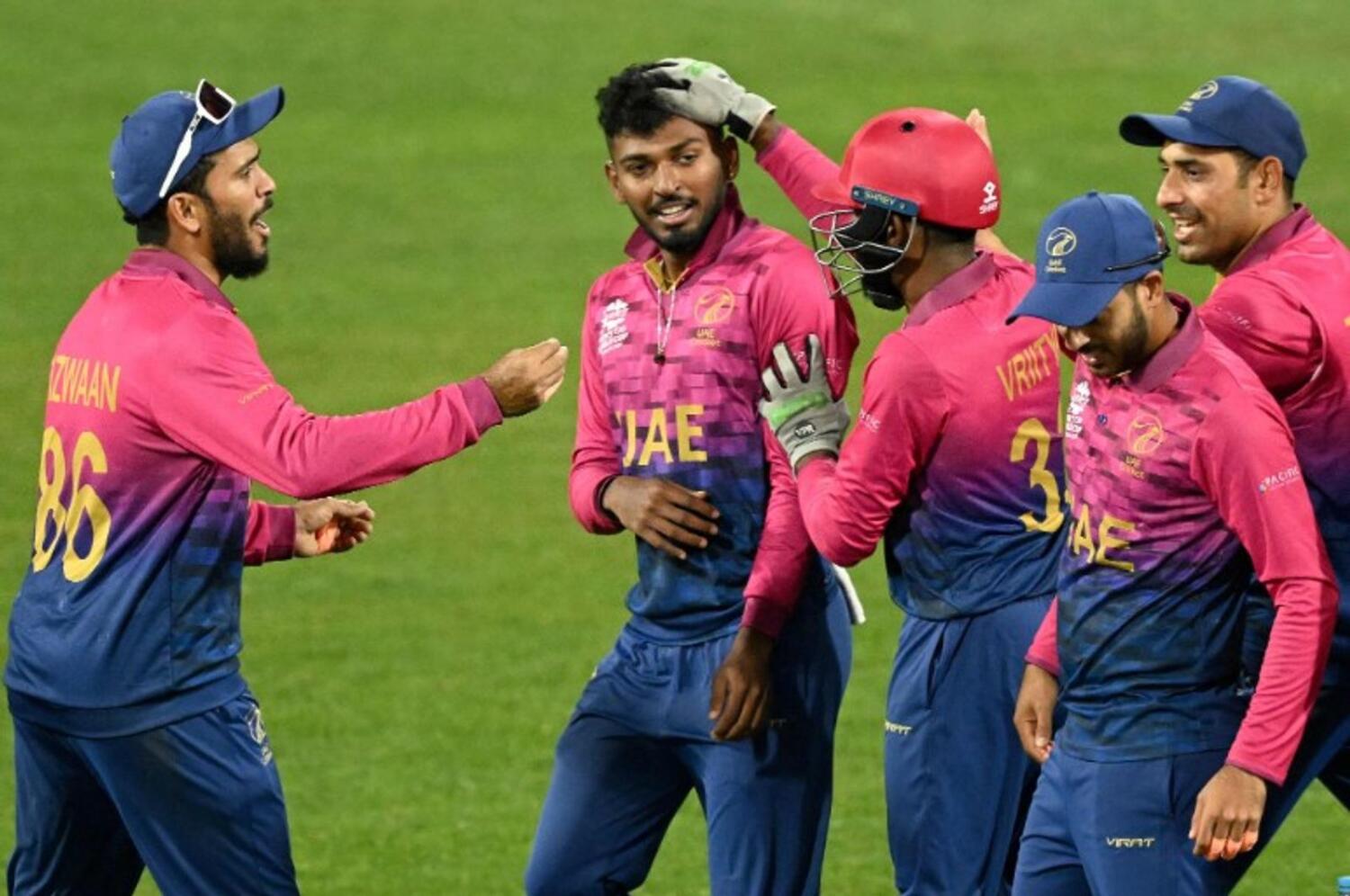 We can reveal that this wicket from Karthik Meiyappan is one of the moments that could be featured in your @0xFanCraze Crictos of the Game packs from Sri Lanka vs UAE. Grab your pack from https://t.co/8TpUHbQQaa to own iconic moments from every game. pic.twitter.com/1MV0Rz9AI9

Subbiah’s phone was flooded with messages after her son had hit global headlines.

And yet she kept her emotions in check and drove to the Nibras International School to pick up her daughter, Lobha Mithra Meiyappan, who is also a young ballet dancer.

But there was someone who couldn’t keep those emotions in check.

“When I arrived at the school to pick up my daughter, she didn’t know what had happened because she was at school when Karthik was playing against Sri Lanka. I didn’t tell her anything when I went to pick her up. I asked her to look at my phone and open my WhatsApp,” Subbiah said.

“The moment she saw that Karthik (had taken a) hat trick in the WhatsApp messages, she started crying!

“She said: ‘Amma, what a proud moment!’ Even after we reached home, she was crying, there were happy tears on her face. She was so, so, so happy.”

Karthik was making some serious moves as a child chess prodigy in Coimbatore, Tamil Nadu, before the family moved to Dubai.

“He was very much into chess. Then all of a sudden something magical happened, his father came and said, ‘he (Karthik) was bowling good and I want to send him to cricket coaching.

“So he started going for cricket coaching on weekends. That’s how it started.”

Even before Karthik joined the league of elite bowlers with World Cup hat tricks, he was already on the IPL radar with eye-catching performances for the UAE as well as in local cricket in this country.

“My husband too is a leg spinner with the same (delivery) action. I will say that Karthik’s victory today is for his father. He is living his father’s dream,” Subbiah said of her husband, Meiyappan Palaniappan, who had played for the Tirunagar Cricket Club in Tamil Nadu.

Ram Sahoo is our creative Content Writer in entertainment and sports. He has experience in digital marketing from 5+ years. Ram Sahoo is also a young and dynamic entrepreneur, sports writer. His Facebook id is https://www.facebook.com/rc.sahoo.9
Previous This WC T20 has been full of surprises and entertaintment
Next From Yuvraj’s 6 sixes to Shaheen’s opening salvo: 5 great performances at the T20WC