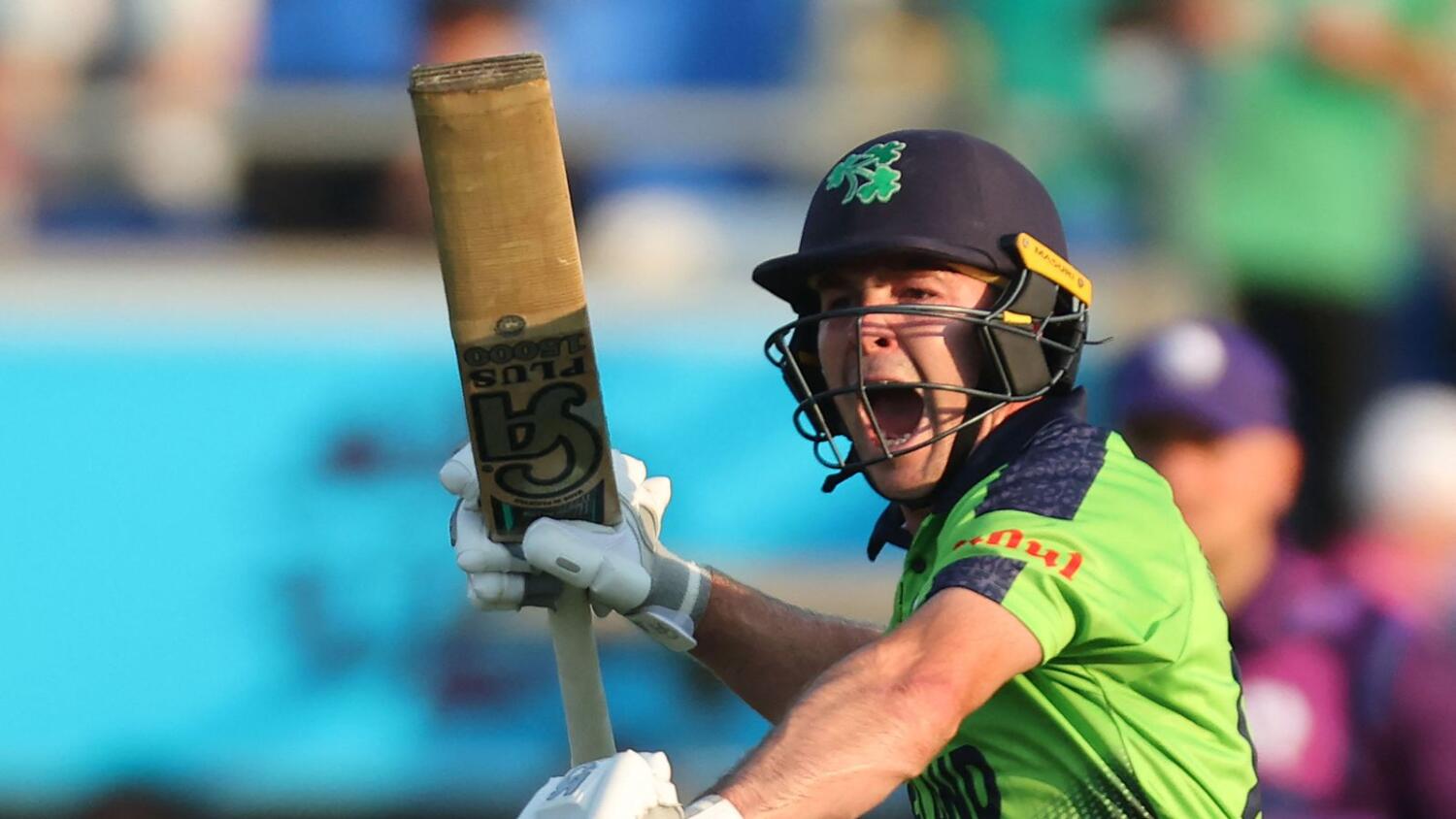 Ireland pulled off a stunning six-wicket upset of Scotland at the Twenty20 World Cup Wednesday with George Dockrell and Curtis Campher starring in a 119-run partnership after they looked out for the count.

In perfect conditions at Bellerive Oval in Hobart, the Scots powered to 176-5 — the tournament’s highest score so far on the back of 86 from Michael Jones — then reduced the Irish to 65-4 after 10 overs.

But Campher (69 off 32 balls) and Dockrell (39 off 27) came to the crease and unleashed some fireworks to steer them home against the odds with an over to spare.
It was their first win of the tournament after crashing to Zimbabwe on Monday and leaves Group B wide open.

“Pretty special, I can’t remember a more important partnership,” said Ireland captain Andrew Balbirnie after their highest ever successful run chase at a World Cup.
“We have played some great cricket throughout the year, only to fall away towards the end, but credit to the guys for the partnership.”

They had a shaky start, losing Balbirnie and Paul Stirling cheaply to make their task even harder.

Lorcan Tucker (20) and Harry Tector (14) put on 28 before both departed within six balls as they crumbled to 65-4 after 10 overs and it looked all but over.

But the momentum shifted with Dockrell and Campher at the crease as they began swinging the bat, hitting 18 off one Mark Watt over.

They reduced the runs needed to 52 off the last five overs and kept the pressure on to get over the finishing line.

“The aim was to take early wickets, put them under pressure, but credit to Campher and Dockrell for that flawless partnership, they took the game away from us,” said Scotland skipper Richard Berrington.

“Positives with the bat, I thought Jones was superb all through the innings.”

Jones smacked a blistering 86 off 55 balls as Scotland looked to build on their stunning 42-run upset of two-time champions West Indies on Monday.

It was the highest score at the tournament and the best ever by a Scot at a T20 World Cup.

They also made a shaky start after winning the toss and choosing to bat with opener George Munsey, who starred against the West Indies, lasting just two balls.

Matthew Cross joined Jones and they put on a breezy 59. But Cross was undone when Campher came into the attack and he was deceived by a slower delivery, caught for 28.

MD Adil Imam Danish is our Content Writer in tech, entertainment and sports. He experience in digital Platforms from 2 years. MD Adil Imam Danish is also a young and dynamic entrepreneur, a celebrity manager, a social media manager. His Twiter id is @its_me_adil_7 , facebook id is https://www.facebook.com/itsmeadilimam/
@its_me_adil_7
Previous Pakistan tell India that Asia Cup no-show could ‘split’ cricketS
Next How my dad discovered the talented schoolboy who went on to become a cricket legend and new BCCI